This article has no votes yet
Slots Online Published: fri 3 sep 2021 The golden age of television game shows might have peaked a few decades ago, but it is just getting started in the world of online casinos. Live Casino game show games have become very popular over the last few years, and that trend looks set to continue.

The reason for the success of this relatively new casino gaming genre is quite simple. While TV game shows were largely made for an audience of spectators, and only a lucky handful ever stood a chance of winning themselves prizes, Live Casino game shows give everyone an opportunity to participate and win.

In this article, we'll highlight some of the best Live Casino game show games around, so come on down, and a star prize could soon be yours!

Widely regarded as the game that started the whole online casino 'game show' genre is Dream Catcher. This title was released by Live Casino specialists Evolution Gaming in 2017, and it was a hit from day one.

Dream Catcher is focused on a vertical wheel that has 54 coloured segments. 52 of those segments show a number (1, 2, 5, 10, 20 or 40) and the remaining 2 show a multiplier figure (2x or 7x). Your task here is to bet on which segment will be indicated by an arrow at the top of the wheel on the next spin.

Having placed your bet, the wheel is spun and allowed to come to rest. If the segment is one that you've bet on, and it shows a number, you'll win that prize multiplied by your stake. If the segment shows a multiplier, all prizes on the wheel will be multiplied accordingly, and the wheel will be spun again. This routine continues until the winning segment is determined, by which time the prizes could be far bigger than they were on the first spin.

With a great studio setting, lively presenters, and exciting wins to be had, it's not difficult to see why Dream Catcher is a Live Casino favourite.

Deal or No Deal Live

Deal or No Deal is a television game show that has been a massive hit in recent years in scores of countries around the world, including Canada. In this Live Casino version by Evolution Gaming, you as the player become the main contestant.

The game starts with a spinning wheel, and you need to get three golden rings to line up in order to unlock a bank vault and proceed to the main game. Once there, you will have the chance to boost any of 16 prize boxes. You will then be shown a desk with a closed briefcase and a telephone. The briefcase contains your prize.

From there, things proceed in a similar way to the TV game show. 15 briefcases in the studio will be opened, one by one, to reveal a prize. That prize will then be eliminated from the game. The Banker will call you periodically to offer you a price for your briefcase on the desk. You can make the deal and take the offer or play on for a bigger offer. A final chance to swap your briefcase for the last one remaining in the background will be given, and if you don't take up that offer, you'll win whatever is in the original briefcase.

Play Deal or No Deal Live at Dunder Casino

Evolution Gaming released Crazy Time in 2020. This game caught the public imagination quickly, not only because it focuses on a gaming wheel much like the one that proved so popular in Dream Catcher, but because it also features several different side games.

The wheel in play here has 54 segments. 45 of those segments show prize values of 1, 2, 50 or 10. The other 4 segments show a game label: Coin Flip, Cash Hunt, Pachinko and Crazy Time.

You can bet on any prize value and/or game label, and the wheel is spun. If a prize value is shown when the wheel stops spinning, you will win if you have bet on that value. If a game label that you have bet on is selected, you will participate in the corresponding side game. The Crazy Time game is the biggest and most exciting and focuses on a wheel of 64 segments that can send your winnings to suitably crazy levels.

The presentation of this game is superb, as is the case with all Evolution Gaming titles. Each side game has its own area, and the presenters really add quite a bit of atmosphere to proceedings so that it's enjoyable to watch even if you aren't directly involved in the side game being played.

The relatively new genre of game show offerings at Live Casinos is incredibly flexible and can even help to make popular board games more interactive and exciting. Monopoly Live is a great example of that. Released in 2019 by Evolution Gaming, this title combines elements of Dream Catcher with the famous Monopoly board game from Hasbro.

At the heart of the game is a vertical wheel of 54 segments. 48 of those segments each contain a number (1, 2, 5 or 10), and the other 6 have special feature labels (Chance, 2 Rolls or 4 Rolls). Your task is to bet on which segments you think will be indicated as the winner after a spin.

Land a winning bet on any number segment, and you will win that number multiplied by your stake. If you land a winning bet on a 2 Rolls or 4 Rolls segment, you will get to play the Monopoly Live 3D Bonus Game. You will have 2 or 4 rolls of the dice to begin, and rolling a double will give you an extra roll. Simply roll the dice, and Mr. Monopoly will travel around a superbly rendered 3D board, giving you the chance to win cash prizes and more.

Best Mega Moolah Slots
Once upon a time, the phrase 'mega moolah' simply meant a huge amount of money. But all of that changed when Microgaming released its first Mega Moolah slot way back [...]
10 sep 2021
Read article

Five of the Best Wild West Slots
There is something about the Wild West that never gets old. Maybe it's the sense of freedom that people had to pretty much live their lives as they pleased. It could [...]
7 sep 2021
Read article

Return to Westeros with Game of Thrones Power Stacks
The eighth and final season of the hugely popular Game of Thrones television series might have concluded a couple of years ago, but the world of Westeros is still ve [...]
24 aug 2021
Read article 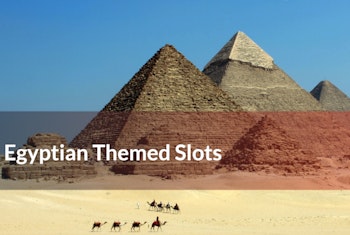 Play like an Egyptian!
Egypt has long been a land steeped in mystery. In ancient times, the pharaohs were viewed as gods as much as they were kings. Egypt's Great Pyramids of Giza were bui [...]
17 aug 2021
Read article
All casino news