All you need to know about Canadian Casinos 2023 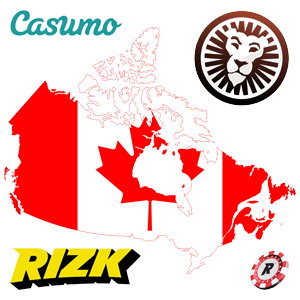 Canada has a long history of gambling, and currently, it counts as the 8th biggest gambling market globally. Gambling in Canada is more popular than ever; in fact, more than 19 million Canadians engage in some form of gambling regularly.

There are plenty of options to keep up with this ever-increasing demand; over 100 land-based casinos and countless online casinos are available in the country. With this many options, everyone can find what they are looking for from chilling on your couch with a hot chocolate or going out and playing blackjack with cold martinis.

With online casinos, you can play with small stakes, big stakes or even try the games for free before committing to one of our trusted Canadian casinos.

History Of Gambling In Canada

Canada has a long history of gambling, and currently, it counts as the 8th biggest gambling market in the world, but it was a long and challenging journey to get there.

Gambling in the country was initially banned before regulations made it an acceptable form of entertainment again in the 20th century.

In 1947, John Cabot and his crew brought playing cards with them, but he discovered that there was already some gambling among the native tribes. A native Canadian tribe played "Slahal", the game was played with sticks and stones and had a significant emotional, spiritual and physical impact on the tribe members long before Cabot's arrival.

As the government and some residents considered gambling as an immoral past time, gambling was banned in 1892.

The regulation started to change over the years: in 1900, raffles and bingos were allowed on charity events, and in 1910 betting on horse racing was allowed at the tracks.

People have also been illegally gambling in mafia organized gambling halls since the 1930s until finally, the regulations in the 1970's made gambling again an acceptable form of entertainment.

Canada has come a long way. Today, brick-and-mortar casinos are an important part of the economy, giving jobs to 182,500 people and paying $9.2 billion in taxes.

Canada is the 8th biggest gambling market in the world.

According to a study done by the Canadian Gaming Commission in 2017, the country has 114 land-based casinos, and they are equipped with over 65,000 electronic gaming machines and 2,000 table games. There are also a vast number of video lottery machines, bingo halls, charity lotteries and 227 race tracks found in Canada.

Of course, if the bustling casino scene isn't your thing and you prefer to play from the comfort of your home, you still have plenty of options. You can select any one of the hundreds of games or pick from dozens of casino websites and welcome bonuses online.

Is online gambling legal in Canada?

As a player, you can safely play at any licensed casino, and there is no legislation stopping you from doing that. You can freely play and have confidence in any casino, which is regulated by the Malta Gaming Authority (MGA), the United Kingdom Gambling Commission (UKGC), the Gibraltar Betting and Gaming Association (GBGA) or the Kahnawake Gaming Commission and any other well recognized gaming authority. If you are living in Ontario, you can only play at online casinos licensed in Ontario.

Always make sure that you are playing on a regulated gaming site where your money and personal data are safe.

The KGC licenses hundreds of online casinos and sports betting websites. The licence is one of the easiest to get, but large companies have preferred to get licensed in Malta or Gibraltar in recent years. All casinos featured on CasinoFever are regulated online casino sites that you can use with confidence.

Canadian players can have their picks from dozens of online casinos.

There are some local regulations in place in Canada's territories and provinces, but none of these affect the player; they are aimed at casino owners who attempt to run casinos without licences. Depending on where you live in Canada, you should always keep an eye on law changes in the territory or province, but as of now, there is no federal regulation in place.

There are slight differences between territories when it comes to gambling. One of these is the legal age of gambling: the legal age to enter casinos in Canada is 19, except for Alberta, Quebec, and Manitoba where player's legal age is 18.

Does gambling in Canada have a future? 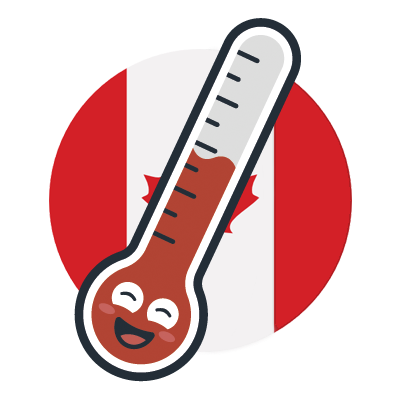 Of course, it does! Canadian casinos and online gambling continue to gain popularity. Canadians like to gamble for fun, and people are learning more about the world of online gaming.

Currently, the most common licenses for a casino accepting Canadian casino players are from Malta Gaming Authority, United Kingdom Gambling Commission and Kahnawake Gaming Commission. This is how the online casino business started out in many European countries as well. First, a couple of foreign companies take the lead, and then domestic companies follow.

Of course, many changes are expected in gambling regulations in the near future, but this will give even more opportunities for online casinos in Canada. It is in the best interest of any country to create a fair and sustainable, taxable online gambling industry.

Gambling can generate significant tax revenue for the economy, so the Canadian government is motivated to move toward regulation.

The first to take the leap is Ontario, where the government of Ontario launched a regulated online gaming market on 4th April 2022. If you live in Ontario and are over 19 years of age, you can legally bet with casino operators with Ontario gaming licenses. The regulation includes casinos, sports, esports and all other online gambling. Changes won't happen overnight, but with Ontario taking this step, the rest of the provinces will surely follow suit in the near future, which will benefit all parties; the government, game developers, casinos and players.

✅ What is the best and safest online casino?

All online casinos are safe if you select a casino that holds the appropriate licences from a recognized gaming authority. The best casino depends on the games you want to play, you can find detailed casino reviews on Casinofever.ca to help you decide the best casino for you.

✅ What is the best online casino in Canada?

All of our recommended Canadian casinos are great, but the best casino for you might not be the best for someone else. Find a casino that has the games you want to play and has the best bonuses.

✅ What online casinos pay the most?

There is no difference in pay between how much the online casinos pay, but there is a considerable difference between casino games. Some slots pay better than others, for example, Mega Joker has a high RTP of 99%. Classic blackjack has an RTP of 99.41%, and it is the best paying table games. You can find out the RTP of each game before you start playing.

✅ Is it illegal to use a VPN to gamble online?

If you are based in Canada, you don’t need to use VPN to gamble online. Most casinos accept customers from Canada, so you can register easily with a Canadian IP address.

✅ Do online casinos actually pay out?

Licensed online casinos do pay out. Online casinos wouldn’t hold back the winnings because they could lose their licences if they did so without reason. The payout could be delayed if you still need to verify your account or try to use a different withdrawal method than how you deposited. You can trust all of our listed Canadian casinos to pay out your winnings.

Currently, online gambling in Canada is only regulated in Ontario, and players in Ontario can play at casinos licensed in the territory. Players in the rest of Canada can have a safe experience with online casinos that hold a licence in Malta, Gibraltar, the UK, or any other recognized gambling license. Sites on our websites all have the relevant licenses, and you can safely play at any of them.