Play the games here
This page has no votes yet
Habanero Systems is a company that was founded in 2012, and whilst it isn’t quite as famous as some, it has become an important provider to gaming markets around the world. The Habanero brand has become synonymous with quality, and its focus is as much on bringing genuine creativity to the table as on strengthening and expanding its industry partnerships. At the time of writing, the company has over 100 HTML5 games available in more than 28 languages that are certified for play in 16 markets.


Slots from Habanero
Casinos with Habanero

Casinos with slots from Habanero

This company was formed in order to provide its own distinctive brand of slots and table games to online casino operators. It also provides a variety of back-end services that help those operators to do their jobs more effectively. The company excels in both activities, thanks to its deliberate focus on clarity, simplicity, speed and efficiency.

Habanero is headquartered in Malta and plays to its strengths, which are very much in favour of the technical side. That isn’t to say that its games aren’t as creative as they come, because they are, but Habanero is just as keen to push boundaries behind the scenes and make life as easy for operators as its games are enjoyable for players.

We will talk more about its games in a moment, but for now, it’s sufficient to say that it has a solid catalogue with new titles being added to it each and every month. Those games are designed to perform equally well on all of the most popular platforms, which means that casinos can offer them to mobile as well as desktop players. In many cases, operators can also tweak Habanero games to configure their own jackpots, RTP percentages and more.

Online casino players are usually more interested in playing games than in remembering which companies created them. For that reason, even if you haven’t heard of Habanero before, you have probably spent at least some time enjoying their products.

One of Habanero’s first games was Mummy Money, which was a five-reel slot released way back in 2012. The game was set in a sarcophagus in Ancient Egypt and had a humorous angle on the historical slot format. It featured bandaged playing card rank symbols, a crazy looking undead Mummy, and a generous free spins feature in which all prizes are tripled. Whilst the game looks quite simple compared with later releases from the company, Mummy Money is still being played at online casinos around the world, so do check it out - along with other early titles such as Egyptian Dreams and Dragon’s Realm - to see where it all started.

Aztlan’s Gold is a massively popular title that was released in 2014. It has an Aztec theme and a similar format to Mummy Money, but the approach here is more serious, and the game boasts a thundering soundtrack as you spin the reels. Land three Sun Shield scatters to trigger an animated Pick 4 Bonus feature, which awards free spins and a variable multiplier.

As with most developers, the games released by Habanero have just got better and better over the years. In 2017, the company released Bird of Thunder, which features jaw-dropping artwork and a beautifully evocative soundtrack. This is a classic title that should be played by anyone who fancies spending some time experiencing nature in a Native American setting.

Other more recent standout titles that you might have played (and if not, you definitely should) are the Day of the Dead-themed Taberna de Los Muertos, The Dead Escape, which has a zombie apocalypse theme, and the pirate-themed Scruffy Scallywags!

These are just a few of our favourite games from Habanero Systems, and when you’ve played them, you’ll see that, while they have very different themes, they are impressively consistent in terms of quality. Whether you care more for audio, visuals or features, Habanero slots won’t fail to impress you.

The slot games released by Habanero tend to be the ones that grab the most attention, but the company has also put out a good number of table games too. This range includes titles such as Blackjack 3 Hand, Caribbean Hold’em, Double Exposure 3 Hand, Three Card Poker Deluxe, Baccarat Zero Commission, Dragon Tiger, War, Sic Bo, American Blackjack and more.

All of the table games from Habanero are beautifully done and provide an authentic casino experience. The tables, chips and cards (where applicable) are presented realistically, and audio is very close to what you would hear in an actual casino environment. Most importantly, the user interface of each game is as easy and intuitive as you could want it to be.

We said earlier that Habanero is just as focused on the technological aspects of game design as anything else, and that means the company has been mobile aware from the outset. All of its titles can be played on a smartphone or tablet, even the earliest ones such as Mummy Money, so you shouldn’t have any trouble enjoying Habanero games when you’re out and about.

Habanero Systems isn’t a company that shouts loudly about everything that it does from the rooftops. Instead, it operates quietly, delivering solid games and back-end support to casinos around the world and allowing players to discover its wares almost by accident.

We like that kind of quiet confidence, and it seems to be paying off very nicely indeed. Of course, the more games the company puts out, the more famous it will become, but we love the approach that Habanero has taken, and we look forward to seeing how the company continues to evolve in the future.

Where to Find Habanero Games Online

Habanero games can be found at casinos in more than three dozen countries, including Canada. Check with the venues that you already play at by searching for any of the games mentioned, or if you would prefer to take a guaranteed short-cut, head over to Casino Rocket, Casinoin or CampeonBet Casino.

All slots from Habanero 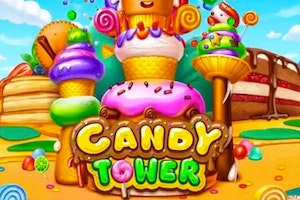 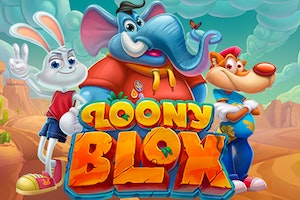 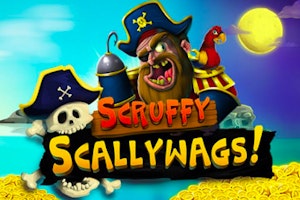 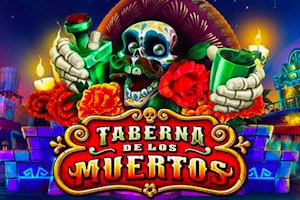